Another book chapter in the bag. Weeee!!!! *Alhamdulillah* 🙂 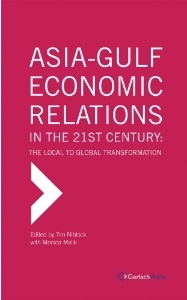 This chapter is part of an edited volume that has been the result of conference papers presented at Asia-Gulf relations workshop at the 2012 Gulf Research Meeting (GRM), held at the University of Cambridge in July 2012.

The 2012 GRM was perhaps the biggest compared to previous years, with a total 20 workshops happening simultaneously over 4 days and spread out in the various colleges of the University of Cambridge. Workshops covered a wide range of topics with a focus on the Gulf Arab region, including the impact of the Arab Spring on the GCC, Gulf-Latin America relations, Women, Energy and environment, socio-economic impacts of migration, tourism, visual culture, Islamic finance, etc…  I sort of regretted not being able to slip out to sit in for the environment workshop. Oh well, next time!

It’s also fun (and somewhat freaky) to meet random individuals a few thousand miles away, and realise that you have mutual friends in other parts of the Gulf and Asia. The world is getting REALLY  microscopic!

Following the conference, I took the opportunity to meet fellow Muslim environmentalists in Birmingham and London (which itself deserves an over-due blog post… akan datang!)

Details of the book’s contents are available here [in pdf]

A report of the 2012 Gulf Research Meeting can be found here [in pdf].